Design your own wall-hanging for an Anglo-Saxon king

Get creative with this brand-new design competition which will run from 8th May to 5th June 2020.

There are amazing prize bundles to be won, including museum passes and goodies kindly provided by West Stow Anglo-Saxon Village and Museum.

The competition is part of the community archaeology project Rendlesham Revealed, funded by the National Lottery Heritage Fund.

Be an Anglo-Saxon craftsperson and design a wall hanging for the Anglo-Saxon hall at Rendlesham.

Use the template or create your own using your own paper.

Your drawing should tell a story using an Anglo-Saxon theme. Who are your characters? What are they doing?

Think about including some of these ideas: kings, queens, warriors, ships, horses, swords, helmets, shields, treasure, a hall

Think about using Anglo-Saxon runes to write names or words

There are loads of ideas, find out more about the Anglo-Saxons:

Who were the Anglo-Saxons?

How was Anglo-Saxon Britain ruled? 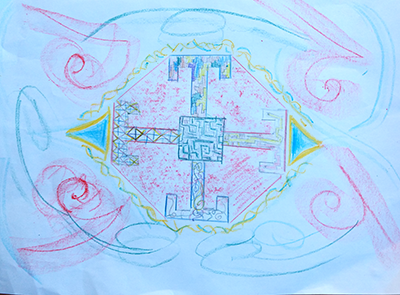 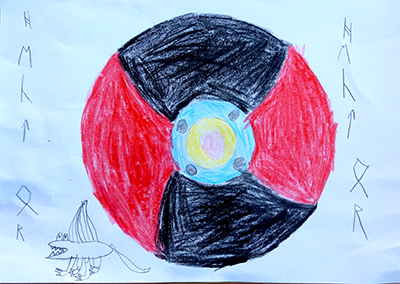 The competition will be judged according to three age groups:

Group 3: Age 6yrs and under

There will be a winner from each age group, as well as an overall 1st Prize for the most creative wall-hanging.

Top Prize: One 1-year family pass to ‘West Stow Anglo-Saxon Village and Museum’ plus a goodies bundle, including a replica Anglo-Saxon helmet and sword

Prizes for the winner of each age group: One 1-day family ticket to ‘West Stow Anglo-Saxon Village and Museum’ plus a goodies bundle of books and accessories.

How will the winners be decided?

Entrants will be judged by a panel of representatives from ‘Suffolk County Council’ and ‘West Stow Anglo-Saxon Village and Museum’. The panel will select one winner for each age group plus one overall winner for the most creative design.

It is easy to enter! You can submit a photo or scanned image of your wall-hanging design via email to archaeology@suffolk.gov.uk

You may enter as many times as you like, but you can only win once.

Some entries may be displayed in a public exhibition so please hang on to the artwork until 30th June 2020 when you will be notified.

By submitting your entry, you are giving us permission to share and display your artwork via the internet, in print, and in an exhibition.

We will only use the information provided for the purpose of the competition. You can view the Suffolk County Council Privacy notice on their website: https://www.suffolk.gov.uk/about/privacy-notice/ 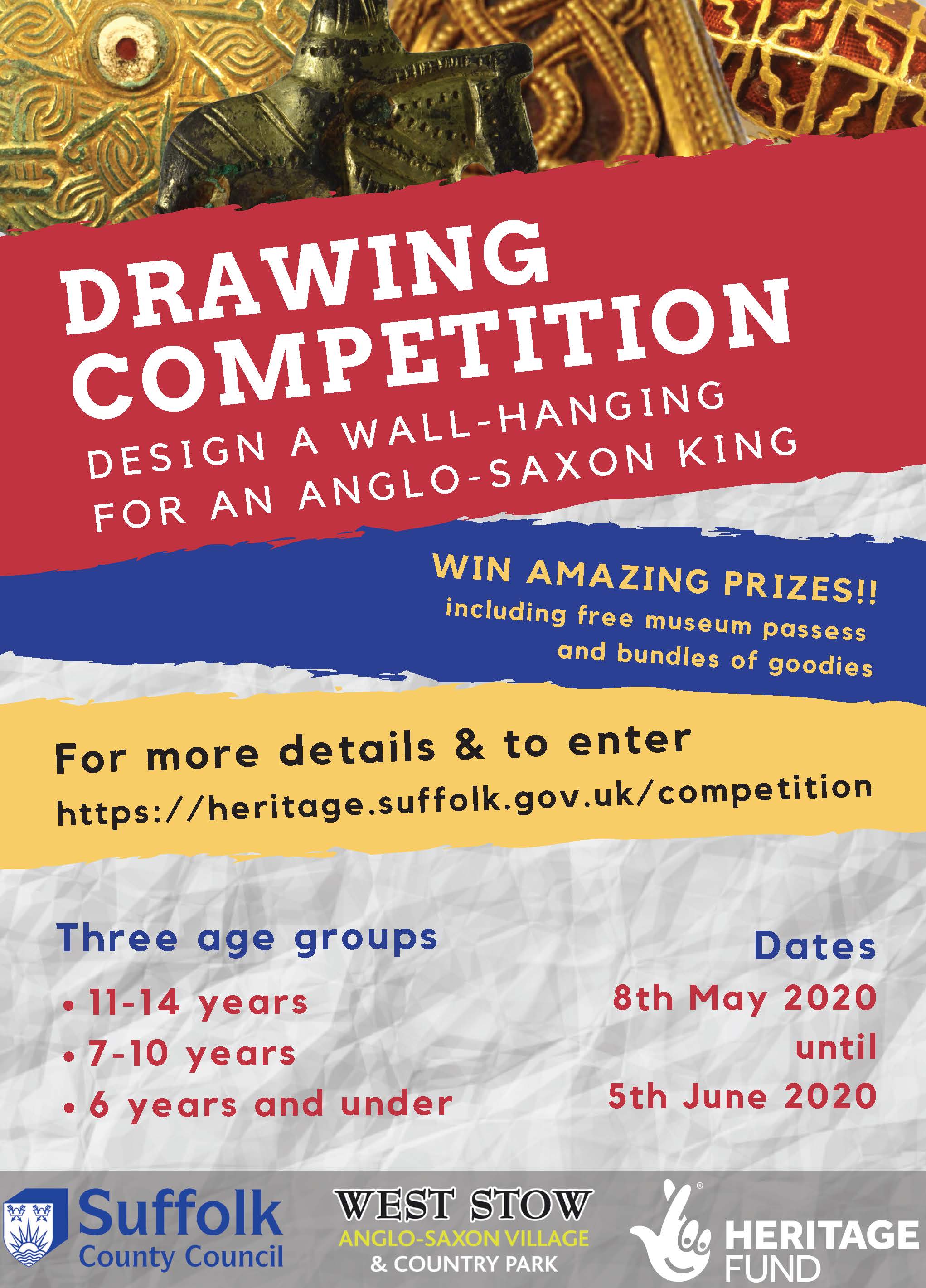 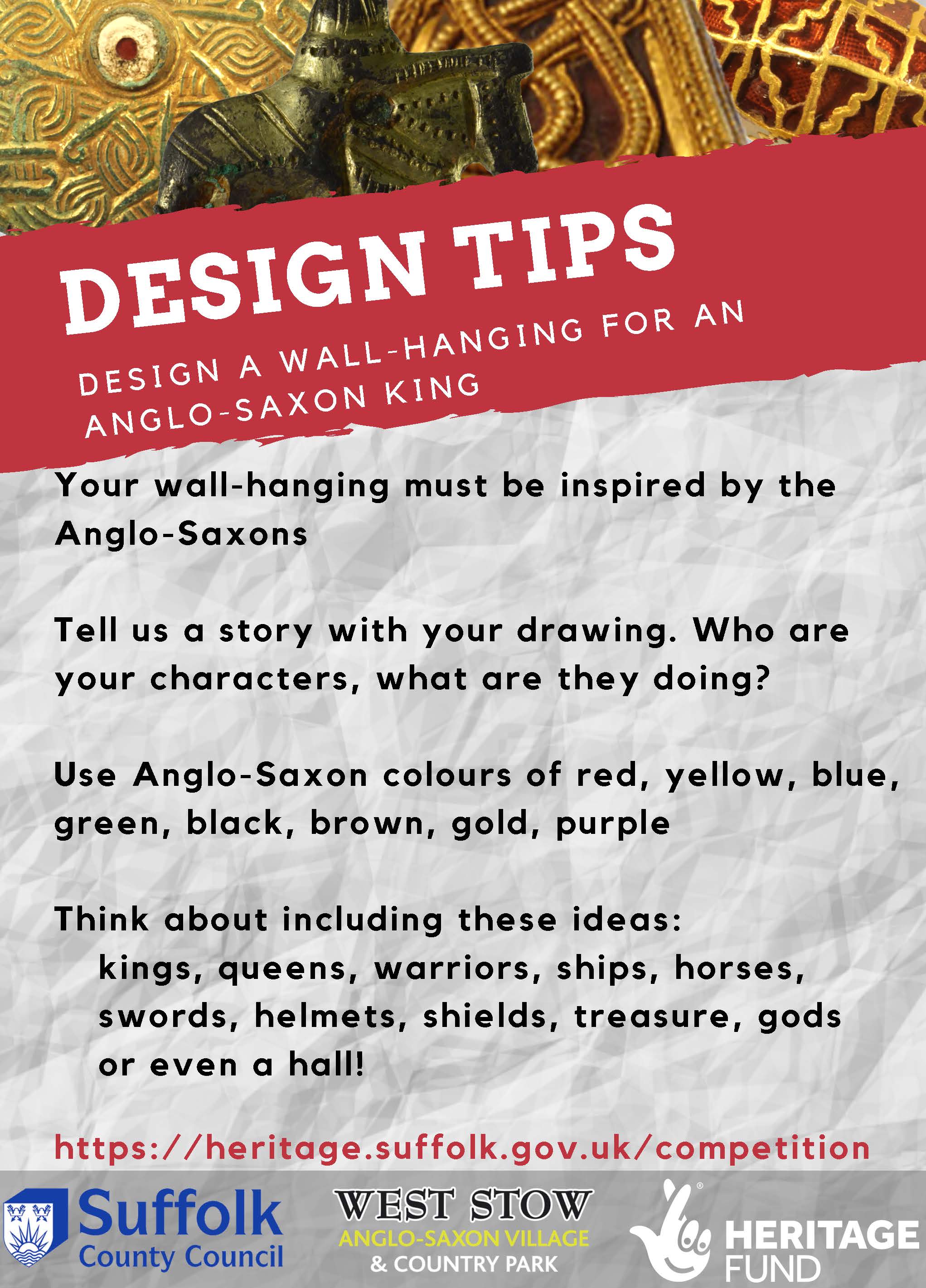 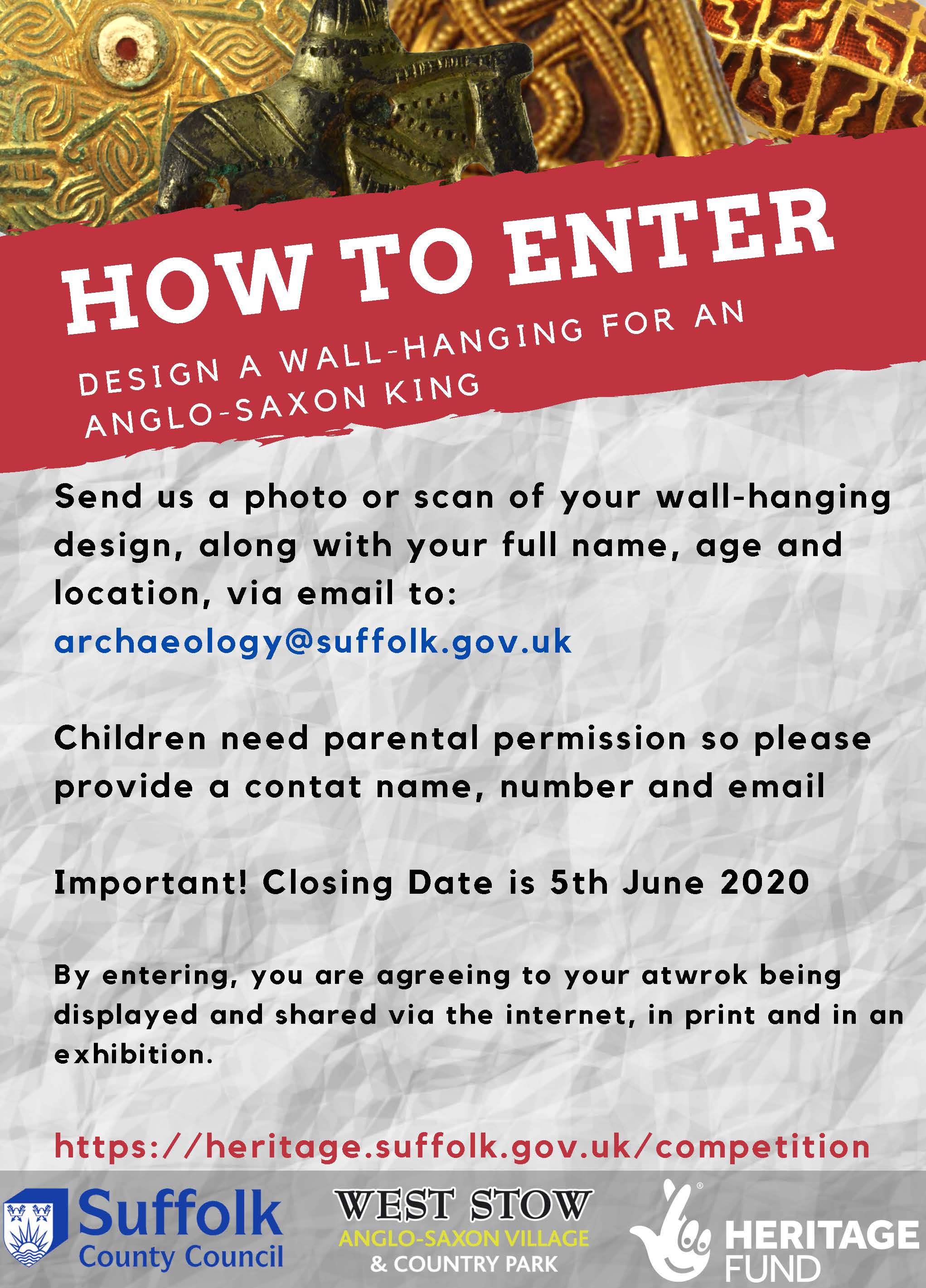