The Mesolithic is the name given to the final period before the Neolithic when farming of cops and/or animal herding took place. In Britain, the Mesolithic period has been variously sub-divided in the literature, but it can be divided into Earlier Mesolithic c. 9000-7000BC and Late Mesolithic c. 7000 to 4000BC.

During the Mesolithic period, Suffolk would have been an upland area at the edge of the vast Doggerland plain, which is now submerged under the North Sea. This plain gradually reduced in size until coasts approached their present position. Temperatures became broadly like today, but the environment would have been substantially more forested. This forested environment would have necessitated a change in hunting methods such as using domesticated dogs for hunting non-herd animals utilising and using a more flexible flint toolkit.

Detailed evidence for sites occupied by Mesolithic hunter gatherers is found across Suffolk but it is not especially well recorded, being made up of finds either unstratified or residual. Flint objects such as tranchet axes, microliths and pebble maces are characteristic finds of the Mesolithic period. Smaller blades, blade cores and microburins are also ubiquitous but are present in temporally adjacent earlier and later periods; therefore, flint assemblages are often characterised as specifically Mesolithic based on overall assemblage character.

The map below shows the distribution of Mesolithic findspots in Suffolk which illustrates that Mesolithic activity was spread across the entire county. 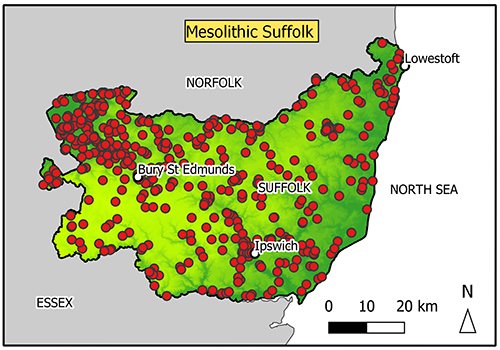 Image: Sites in Suffolk with finds from the Mesolithic period c.9000-4000BCE exclusive

The Earlier Mesolithic is divided into the Early and Middle Mesolithic Periods.

The Initial Early Mesolithic c. 9000-8000BC is characterised by Broad Blade flint Microliths. The Early Mesolithic can be seen in the context of the developing woodland environments with birch and birch/pine woodland in the earlier stages followed by the appearance of deciduous species including oak, elm and, most importantly, hazel.

Assemblages suggest the exploitation of a wide range of animals including red and roe deer, wild pig, aurochs, and elk, as well as a range of smaller animals. There is also evidence from elsewhere in Britain for exploitation of freshwater fish.

The Middle Mesolithic c. 8000-7000BC is again characterised by assemblages with Broad Blade Microliths but distinguished by the presence of microliths with distinctive basal retouch. The Middle Mesolithic is not well understood but is likely a development as part of boreal woodland environments with possible reduced territories, and greater exploitation of pigs and local resources. 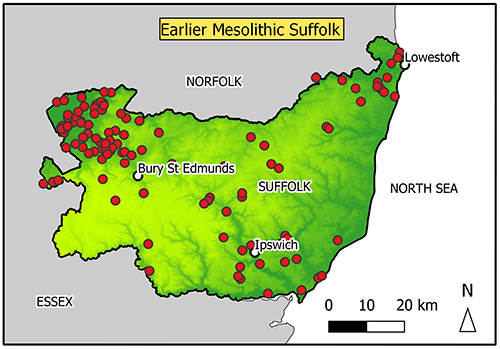 The Late Mesolithic is characterised by Narrow Blade flint microliths and the introduction of increasingly ‘miniaturised’ microlith forms from very approximately 6000BC, including four-sided pieces, micro-tranchets, lunates and possibly small lanceolates, micro-scalene triangles and narrow rods.

The switch to smaller types may be a manifestation of the changing environment. With the establishment of denser deciduous forest there may have been an alteration in hunting strategies which would have required different tool types.

The later Mesolithic hunter-gatherer communities in southern Britain are not well understood but they were likely very varied, in different regions over time, for example increased use of locally available raw materials in some areas might hint that mobility was less extensive than in earlier periods. 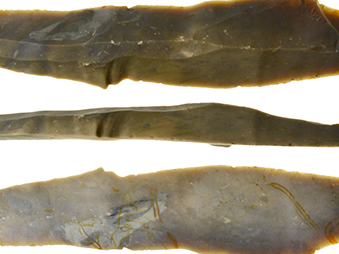 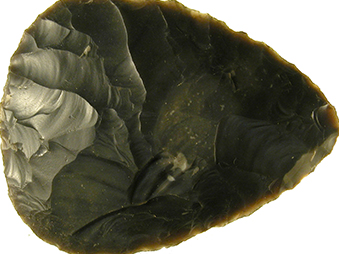 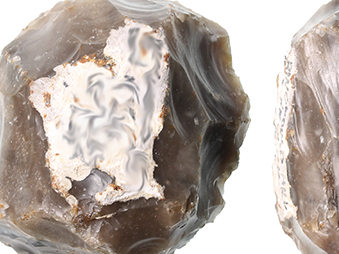