Welcome to our e-newsletter for August 2020

While our offices have been closed, we have been busy behind the scenes across all areas: recording finds, cataloguing the archive, monitoring archaeological sites, Historic Environment Record enhancement, working on projects and creating a new website, blog and online resources. We expect our offices to stay closed to the public for a little while yet, but we will continue to keep you updated about the archaeology in Suffolk.

Visit our website for advice on accessing our services.

Our new blog has launched, bringing you the latest highlights from the Archaeological Service on our projects, finds recording and archives.

We want to know what you think. Tell us what you want to see next on the blog. 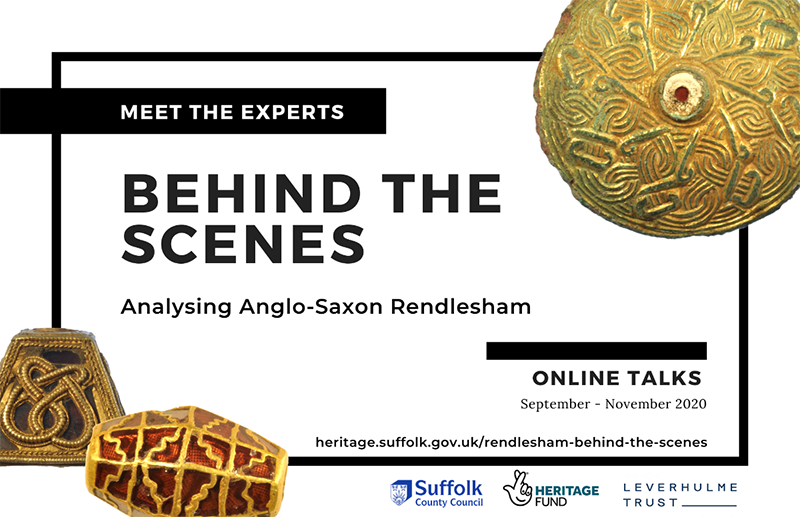 We are excited to announce a new live online series Behind the Scenes: Analysing Anglo-Saxon Rendlesham, with ten talks over ten weeks, starting this Autumn.

For the first time, the specialists will be sharing the cutting-edge results of their recent work analysing the archaeological material from Rendlesham in Suffolk. They will tell us what made Rendlesham such a unique place in the early East Anglian kingdom and its connections with the wider Anglo-Saxon world.

Professor Christopher Scull will be kicking off the series on the 9th September 2020 by introducing the archaeology and what this can tell us about the rulers and the kingdom of the East Angles.

Over the following ten weeks the specialists will cover many different subjects to bring this internationally important site to life, from Anglo-Saxon money and metalworking to landscape and place names – get your questions ready to ask the experts live.

The talks are free and will be held online, booking essential.

All are welcome, make sure you tell your friends, family and colleagues.


The series is a partnership between two projects: ‘Rendlesham Revealed: Anglo-Saxon Life in South East Suffolk’ funded by the National Lottery Heritage Fund, and ‘Lordship and Landscape in East Anglia 400-800CE’ funded by the Leverhulme Trust.

All fieldwork has unfortunately been postponed until 2021, with the excavation season likely to start next summer. We will keep you updated.

In the meantime, you can learn about Rendlesham by joining the live online series Behind the Scenes: Analysing Anglo-Saxon Rendlesham.

There are also lots of Rendlesham Resources on our Suffolk Heritage Explorer website.

Plus there are some fun family archaeology-themed activities you can download - learn about Anglo-Saxon coins, try out our archaeology wordsearches, get creative with our colouring and writing activities.

Keep an eye out for the next e-newsletter for more updates on future Rendlesham Revealed activities.

Find out more about the Rendlesham Revealed project and past archaeological investigations. 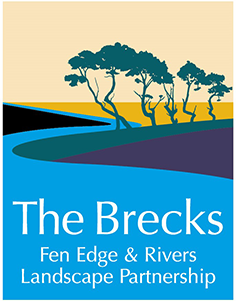 The Brecks Fen Edge and Rivers (BFER) Landscape Partnership Scheme started earlier this year, with a diverse range of projects, which will explore how the Brecks’ fenland, freshwater and river corridors provided the best resources for biodiversity and early settlement in what was typically a sandy and dry place.

Most public events for this year have been postponed until 2021, including our archaeological geophysical survey and fieldwalking events in the Lark valley. These will be rescheduled as soon as possible – keep an eye on the BFER website for updates. You can also follow the Scheme on Facebook and Twitter.

In the meantime, the BFER project team have been working hard behind the scenes to bring you online workshops and talks.

Check out this online talk by Tim Holt-Wilson as part of the “Hidden Heritage: Discovering Geology and Archaeology project”. Tim gives a fantastic introduction to the Breckland area, landscape, geology and archaeology, and introduces other elements of the ‘Hidden heritage’ Project.

For more information about the project and other events and activities visit: www.brecks.org 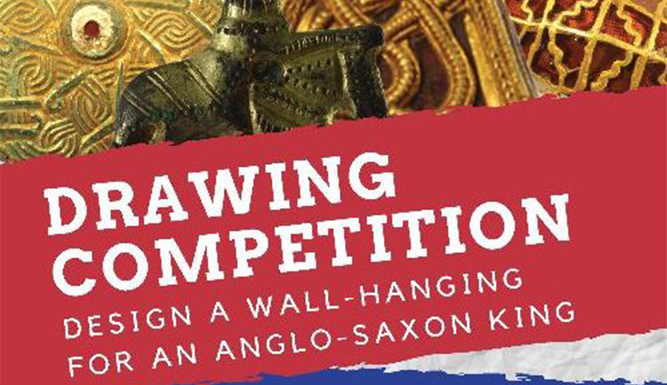 During lockdown, we ran an online Anglo-Saxon themed drawing competition for families, “Design a wall-hanging for an Anglo-Saxon king”.

We have had lots of fantastic entries, all telling us some great stories with creative, colourful and fun designs. The results are now in.

View all the entries via the online gallery


Thanks to West Stow Anglo-Saxon Village for providing the amazing prizes. This competition is part of the “Rendlesham Revealed” project funded by the National Lottery Heritage Fund. 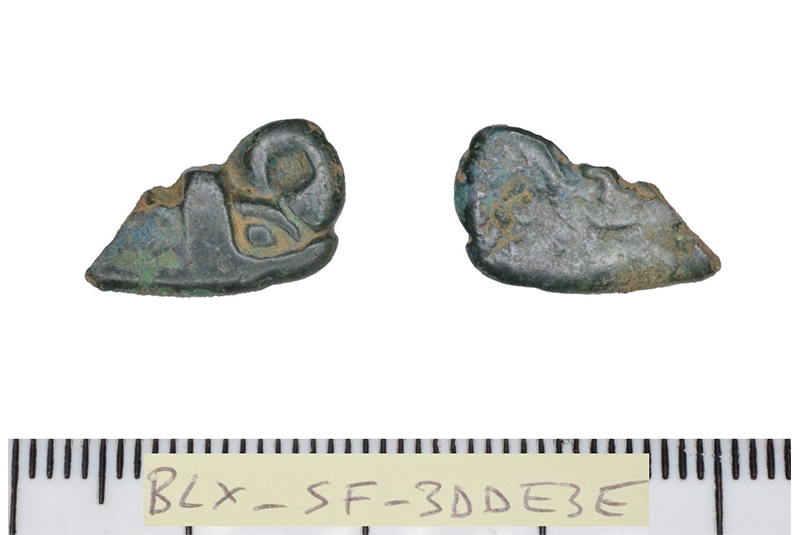 Image: fragment of cruciform brooch, front and back

A small copper-alloy fragment of an Early Medieval (Anglo-Saxon) cruciform brooch, dating to AD 500-600 and depicting a bird’s head was found near Blaxhall recently.

The Finds Recording Team were excited to discover that this small fragment came from a brooch, which was found in the same field 20 years earlier! 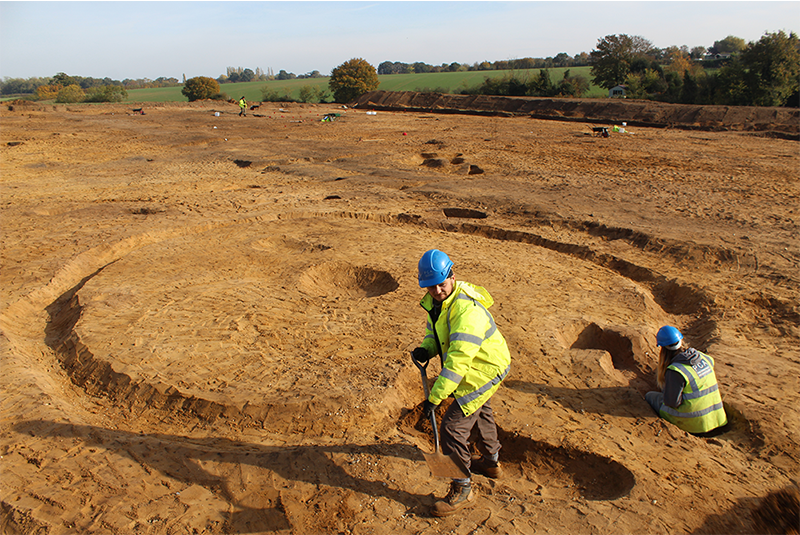 Developer-funded excavation at Easton revealed evidence of activity from the Late Mesolithic to the late Roman period, with probably continuous occupation around the site for more than a thousand years from the Early Iron Age.

In 2016, we monitored excavations here carried out by Pre-Construct Archaeology in advance of residential development by Hopkins and Moore Developments Ltd. The ongoing analysis is about to be published and the results are truly remarkable.

Later Mesolithic people were attracted to the site for flint mining - 757 pieces of struck flint were recovered during the excavations, showing evidence of flint knapping, 90% of which was Mesolithic/Early Neolithic. Flint was also mined and taken elsewhere. Activity continued into the Bronze Age period, where there is evidence of burials, field systems and settlement.

What is most interesting about this site is the long-lived Iron Age settlement and Roman farmstead. In the Late Iron Age, the river Deben was in the boarder area between the tribal territories of the Iceni to the north and the Trinovantes to the south.

An unusual and unique bronze jug handle was found in a Late Iron Age pit, which is similar to those made in Italian workshops in the late 1st century BC. What does this mean? The handle suggests the people here had access to imported goods from the Roman world and perhaps were receptive to the broader Roman culture. Similar imported objects have been found at nearby Hacheston 'small town' and the fortified settlement at Burgh.

The excavation only revealed the edge of the Roman farmstead, so while the picture is incomplete, we can tell that the activity was focused on agriculture and stock breeding, with the farm being productive for 15 or more generations, until approx. 400 AD.

The amount of information from this excavation is incredible. Check out the archive report for full details.

The results will also be published in the Proceedings of the Suffolk Institute of Archaeology and History and in the Britannia journal later in the year.