Welcome to our e-newsletter for February 2021

Our offices remain closed to the public, but we will continue to keep you updated about the archaeology in Suffolk. Visit our website for advice on accessing our services. 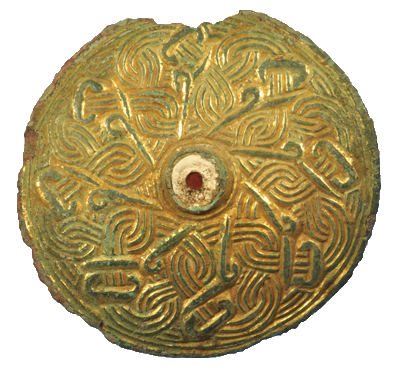 We have completed the first year of our Rendlesham Revealed project and, although 2020 didn't go as planned, we are pleased that we still managed to achieve a great deal by bringing Suffolk's archaeology to people at home.

Our new Suffolk Heritage Explorer website is packed with information on Suffolk's archaeology for you to enjoy, including a new interactive map and database which you can explore for hours.

Don't forget, there's also lots of information on the Anglo-Saxon site at Rendlesham with articles, podcasts and family activities.

If you haven't had time to watch our Behind the Scenes: Analysing Anglo-Saxon Rendlesham video series yet, don't worry as they are now all available on our website to watch on demand.

We're very much looking forward to what this new year has in store for the Rendlesham Revealed project and hope to be able to get back out in the field as soon as it is safe.

In the meantime, keep an eye out here for updates and enjoy the resources available on our website at https://heritage.suffolk.gov.uk 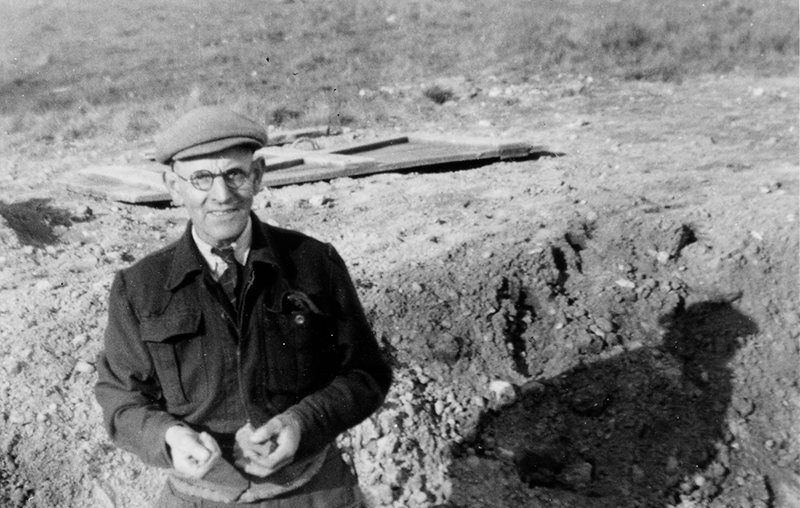 Most people are familiar with the story of the discovery of the Anglo-Saxon ship burial at Sutton Hoo in 1939 by local archaeologist Basil Brown, especially with Netfilx’s new release of “The Dig” out now. However, the life and achievements of Basil Brown are less well known.

The Archaeological Service have launched a 4-part blog series, with guest writer and expert Sarah Doig, to celebrate Basil’s career as a prominent archaeologist in Suffolk. Basil was fascinated by the local history of Rickinghall, where he lived, and also lead many other archaeological digs including at Calke Wood and West Stow. 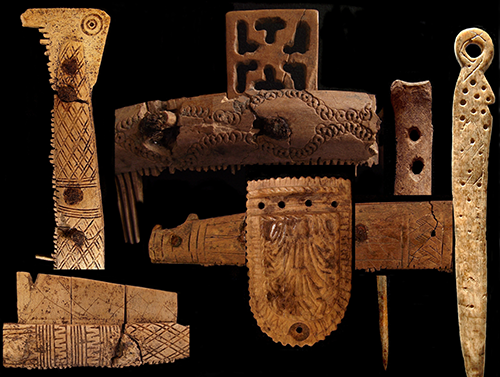 Ipswich has one of the largest and finest assemblages of antler and bone yet recovered from this country. Between 1974-1994 Suffolk County Council Archaeological Service (SCCAS) excavations in the historic core of Ipswich generated an amazing 2,300 fragments of antler and bone waste, and just over 1,300 objects.

The new publication, out in autumn/winter 2021, will focus on this incredible Anglo-Saxon bone and antler craft activity in Ipswich, thanks to funding from Historic England. We are excited to be working in partnership with authors Ian Riddler and Nicola Trzaska-Nartowski, who are leading experts in the subject.

Read the blog to find out more 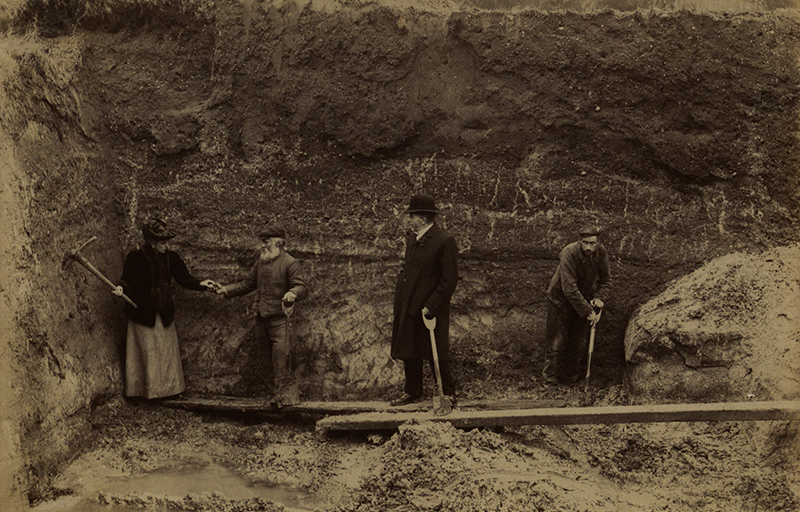 Did you know that Suffolk is one of the most important counties in Britain for Palaeolithic and Mesolithic archaeology?

We have just finished the mammoth task of recording all the known Palaeolithic and Mesolithic archaeology onto the Suffolk Historic Environment Record, as part of a major enhancement project funded by Historic England.

You can explore the 1676 records on our online interactive database, learn about early fire use near Bury St Edmunds, Neanderthals in Ipswich, Mesolithic hunters in the post ice age forests, and so much more on our website!

Visit the Palaeolithic and Mesolithic webpages 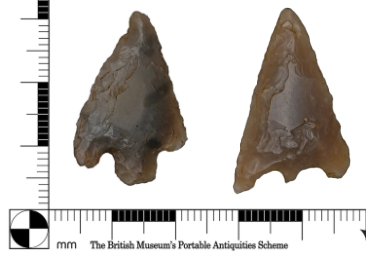 A pair of barbed and tanged flint arrowheads were found near Eye last year. You can see from these beautiful examples that tool manufacture and retouching was intricate work, which must have been undertaken by a skilled craftsperson. Archaeological evidence suggests that they were likely used for hunting activities and perhaps as weapons. Interestingly, some arrowheads have also been found in graves. 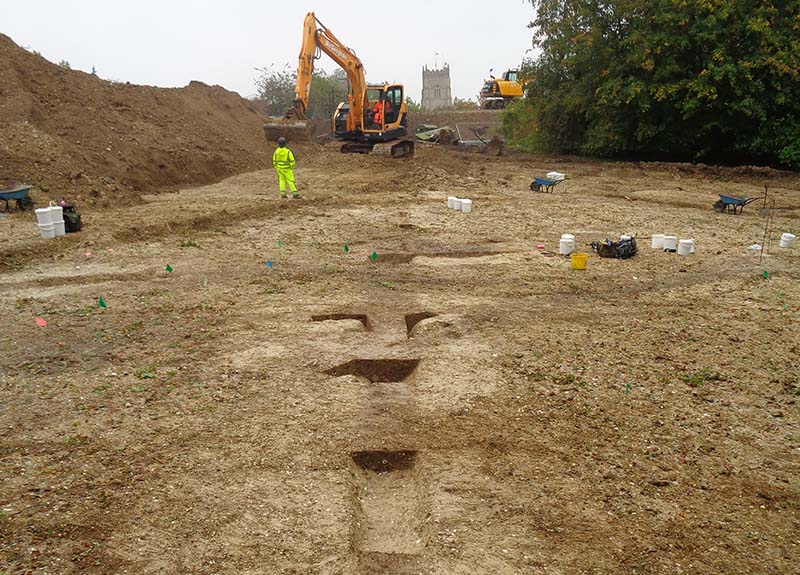 A rural settlement, dating back to over 2,000 years to the Late Iron Age/Roman period, has been excavated in the village of Monks Eleigh.

Before this new discovery, only a few fragments of pottery had been found in the village, hinting at the possibility of Romans in the area. That is, until excavations were started by Border Archaeology in September 2020, which revealed evidence of an early field system and domestic settlement.

The artefacts discovered give us a glimpse into the everyday lives of the people who once lived there, including objects such as tweezers, brooches, glass vessels, and imported pottery.

Now the excavation is complete, Boarder Archaeology will begin the process of analysing and cataloguing all the finds and soil samples to build a better picture of the community that once lived there so long ago.