Welcome to our e-newsletter for May 2021

Our offices remain closed to the public, but we will continue to keep you updated about the archaeology in Suffolk. Visit our website for advice on accessing our services. 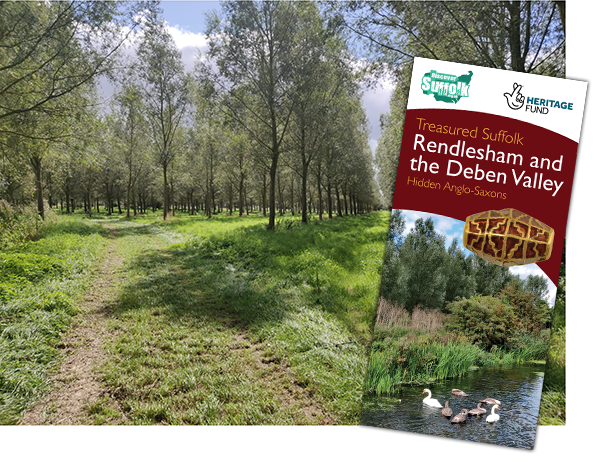 We have created a seven-mile walking trail in Suffolk’s Deben Valley revealing the hidden archaeological secrets of the area.

Walkers will be transported back 1,500 years and experience the landscape once home to a long-lost Anglo-Saxon settlement at Rendlesham where the East Anglian Kings once lived. Hidden gems from other periods of history will also be unveiled, such as a medieval priory, a stately home, a decoy pond and ancient woodland.

You can download an online guide, which will point out the history along the way, as you explore meadows, open fields, woodland and riverside paths.

The guide is available on the Suffolk Heritage Explorer website at heritage.suffolk.gov.uk/rendlesham

Walkers can choose to extend their walk a few more miles onto Melton train station, where they will pass through the historic town of Ufford, as well as enjoy riverside views of the Deben Estuary, just over the water from Sutton Hoo.

We are looking forward to hopefully starting the archaeological fieldwork at Rendlesham later this year, in line with government guidance on covid-19 restrictions. Keep an eye out for updates over the next few months via the e-newsletter, where we will share information on how to get involved. 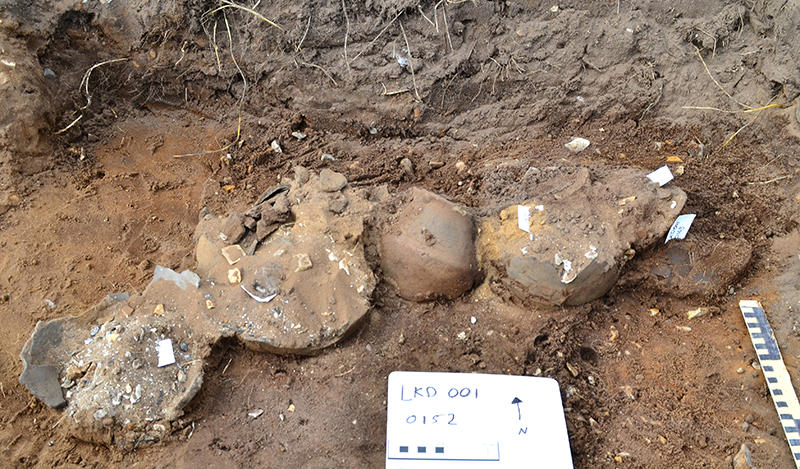 A new display at West Stow Anglo-Saxon Village and Museum tells the story of Suffolk’s largest Anglo-Saxon cemetery, first discovered in 1945 at Lackford.

West Stow is the site of an early Anglo-Saxon village and is well-known for its reconstructed buildings, giving visitors an immersive experience of Anglo-Saxon life. Archaeologists believe that the people who lived at West Stow during this time may have been buried across the river Lark at nearby Lackford. Over 500 cremations were excavated from the Lackford cemetery in 1947-49 and more of the cemetery was found in 2016.

We now know more about the Lackford cemetery after completing a project re-examining the excavated remains using modern scientific methods.

The story of the Lackford cemetery and many incredible objects from the excavations are on display at West Stow Anglo-Saxon Village and Museum from 17th May 2021 for the next six months.

Plan your visit to West Stow Anglo-Saxon Village and Museum at weststow.org

Find out more on our blog 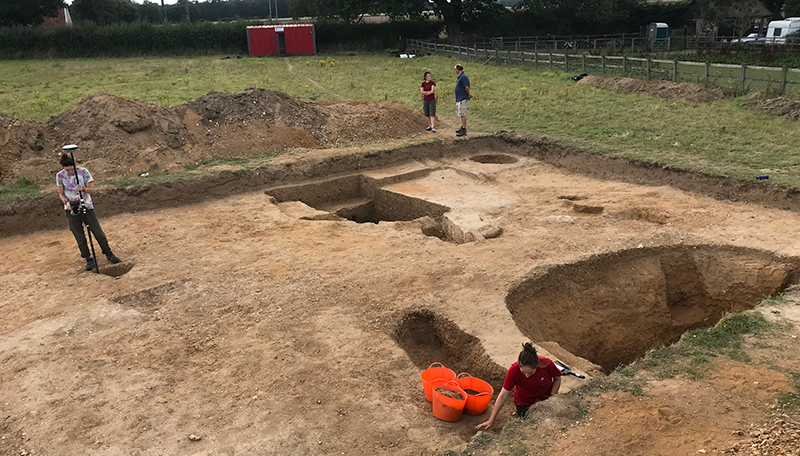 In 2019, a team from the Freston Archaeological Research Mission investigated the Neolithic causewayed enclosure at Freston in Suffolk. Dr Tristian Carter from McMaster University tells us in his article how the excavations went and what was found.

Causewayed enclosures are believed to have acted as formal gathering spaces for the small-scale and largely mobile farming communities that we associate with Britain’s first farming populations. Freston is one of the five biggest examples of these monuments in England.

The excavations targeted two inner ditch termini, which were over 2 m deep, their bottom layers full of finds – pottery in particular – with over 14 kg of Mildenhall Ware, the distinctive decorated bowls of Early Neolithic East Anglia.

Read the full article on our blog 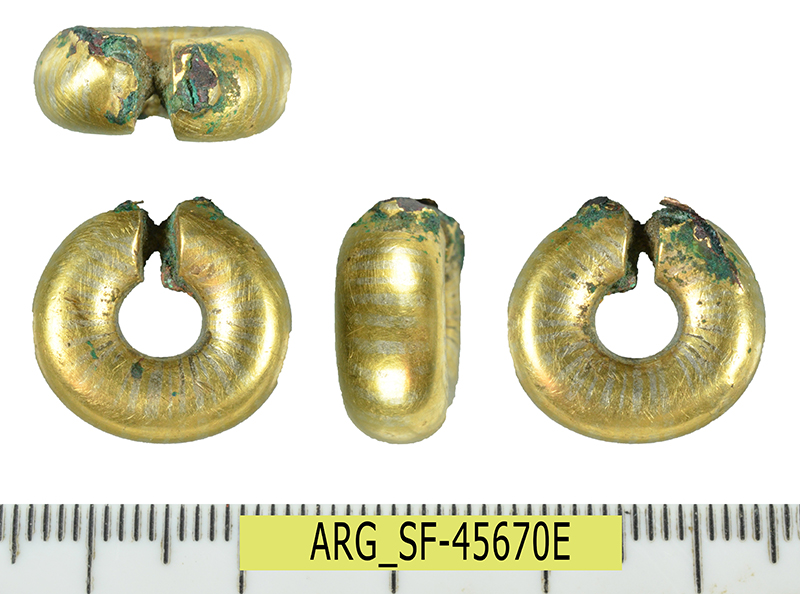 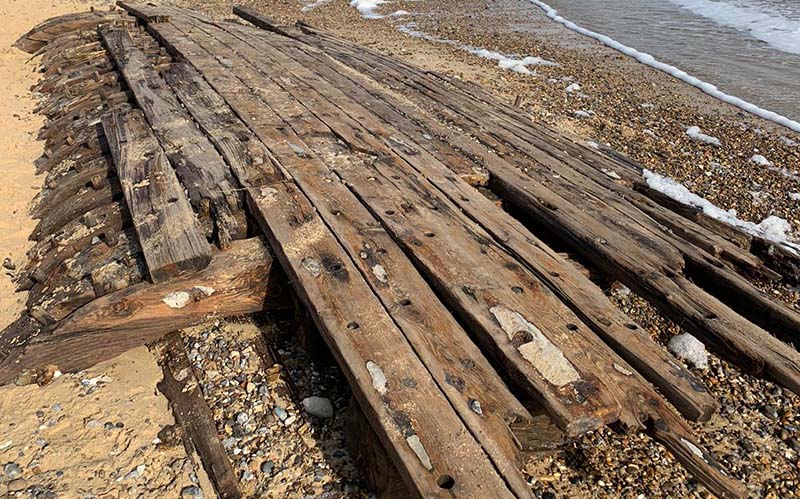 The remains of a ship have recently been spotted by a member of the public on Covehithe beach near Southwold, which could possibly date from the late 17th to 19th centuries. The discovery was reported to the Archaeological Service who passed the details onto the Coastal and Intertidal Zone Archaeological Network (CITiZAN), who are experts in coastal archaeology and run a survey and recording volunteer programme.

Photographs of the wreck give us a glimpse into how the ship would have been constructed.

Read the full article on our blog