Welcome to our e-newsletter for November 2020

Our offices remain closed to the public, but we will continue to keep you updated about the archaeology in Suffolk.

Visit our website for advice on accessing our services. 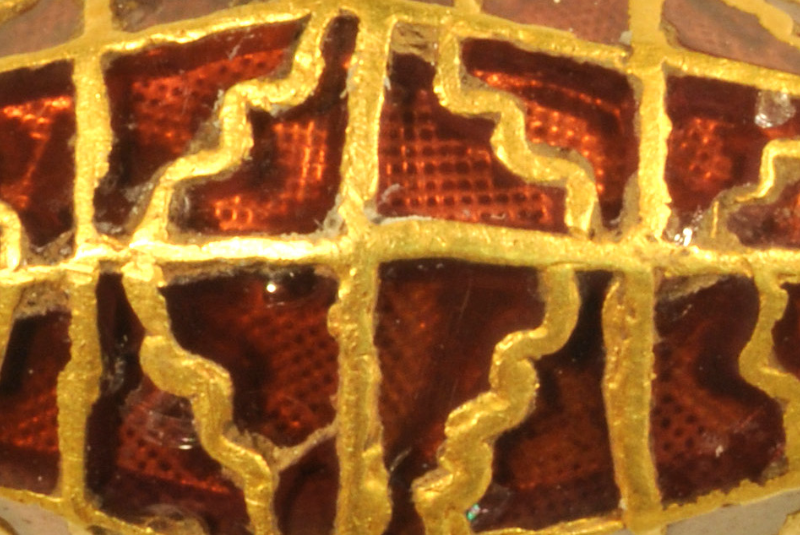 Image: Close-up of gold and garnet bead from Rendlesham

Our online talk series Behind the Scenes: Analysing Anglo-Saxon Rendlesham is now finished and we're delighted by the enthusiastic response so far, with over 650 people attending live and over 4,500 views on the catch-up videos.

If you missed any of the online talks you can now catch-up and watch all the videos on our website.


Each talk explores different themes, bringing this internationally important site to life. Starting off with an overview of the Anglo-Saxon archaeology and landscape, the series then delves into the detail of metal objects, coins, metal working, and animal bones. The series then looks out to the longer chronology, wider landscape and territory to which Rendlesham belongs, including the Roman occupation, the administrative landscape and place names. The series ends at Ipswich, which became a major Anglo-Saxon international port and town, as the site at Rendlesham started to decline at the end of the 7th century.

We'd love to know what you thought!

We hope you enjoyed the online talks. If you haven't had a chance to tell us your thoughts yet then we'd love to hear them.

Please do take a few minutes to complete this short survey

Your feedback will help us to improve events in the future and your answers will be anonymous. 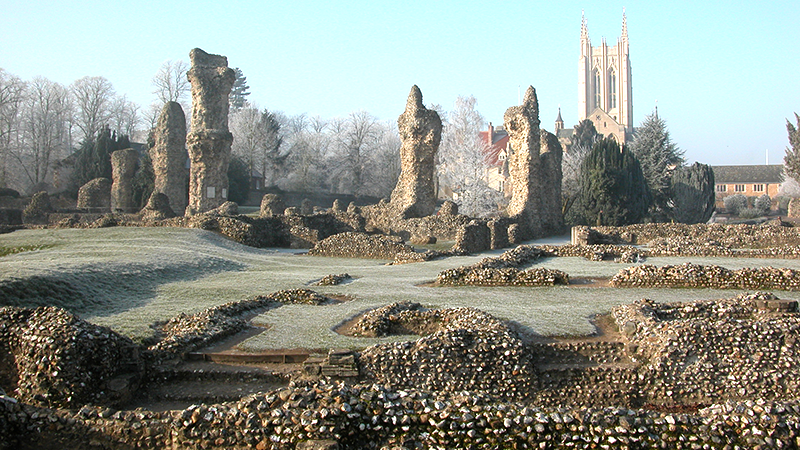 Image: Ruins of the Abbey of St Edmund in Bury St Edmunds

2020 marks the 1000th anniversary of the Abbey of St Edmund, which became one of the most influential abbeys in medieval Europe until its suppression in 1539. With such an enthralling history as a place of pilgrimage, riots and political innovation with links to the Magna Carta, it is truly an important historical landmark.

Join in with the online celebration events, starting with a new series of free talks called From Rise to Ruins, taking place between November 2020 and March 2021. Each talk will explore the abbey's history and will be live streamed on St Edmundsbury Cathedral's Facebook page.

The series will begin on 28th November with Dr Richard Hogget who will be speaking about "The Abbey, the Antiquaries and the Archaeologists".

Read our blog for the online talks programme


The talks are funded by the National Lottery Heritage Fund and are organised by the Abbey of St Edmunds Heritage Partnership and the Suffolk Institute of Archaeology and History. 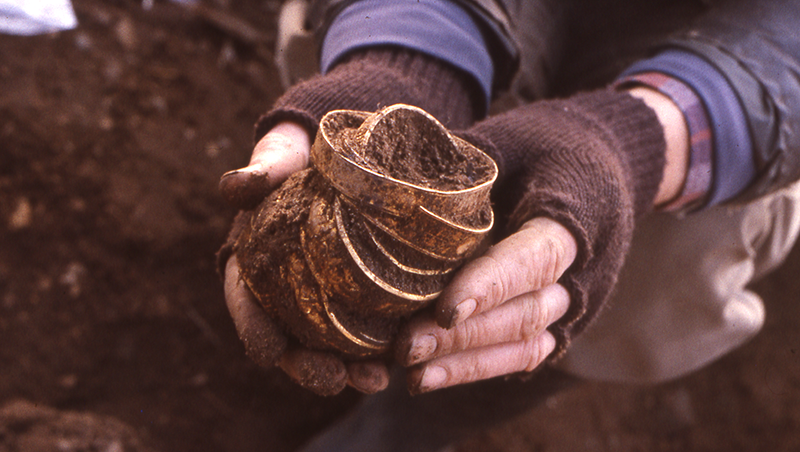 Image: Gold bracelets being lifted from the excavation trench

It is 28 years since the discovery of the Hoxne Hoard. It is one of the largest Roman treasure hoards ever to have been discovered in Britain with almost 15,000 coins and 200 other gold and silver objects, buried in the 5th century AD.

The hoard was discovered by a metal detectorist on 16 November 1992, whilst searching for a friend's lost hammer. He only dug out a few objects before realising his discovery and reporting the finds to Suffolk County Council that day. An emergency excavation was undertaken the next day.

Some spectacular objects were recovered from the excavation, including gold jewellery, such as bracelets, and silver tableware, such as the famous "Empress" pepper pot and tigress vessel handle.

The treasure is now at the British Museum.

Read our blog about the Hoxne Hoard 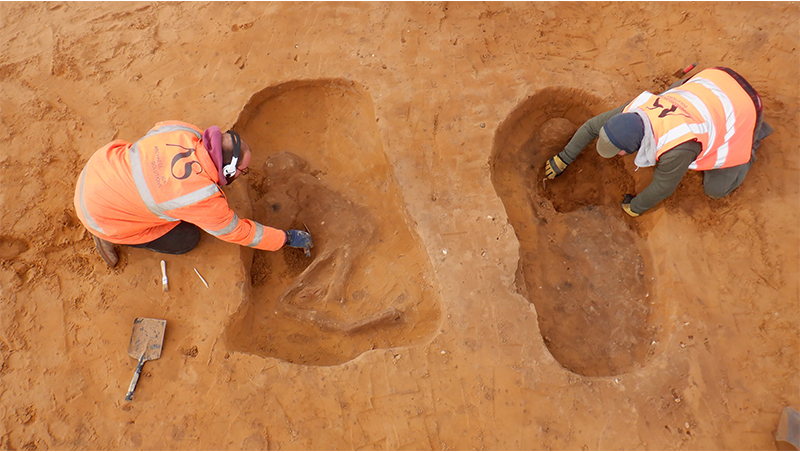 A large Anglo-Saxon cemetery, dating to the 6th century, has been excavated near Oulton ahead of housing development.

Over 200 sets of remains were discovered, with some graves containing copper-alloy brooches, wrist clasps, strings of beads made of amber and glass, small iron knives and silver pennies.

The excavation of such cemeteries in their entirety is rare in England. What makes this cemetery so unusual is that the skeletons were mostly only visible as ‘sand-silhouettes’, a delicate form of preservation similar to that found in graves at the cemeteries of nearby Sutton Hoo and Snape.

The work here would not have been possible without the generosity of Persimmon Homes, the expertise of Archaeological Solutions Ltd and the work of Suffolk County Council’s Archaeological officers to make sure that the cemetery was recorded and excavated to the highest standards.