Welcome to our e-newsletter for October 2021

This e-newsletter brings you a special issue about the archaeological work at Rendlesham, which took place this summer over 6 weeks as part of the project Rendlesham Revealed: Anglo-Saxon Life in South-East Suffolk, run by Suffolk County Council Archaeological Service and funded by the National Lottery Heritage Fund 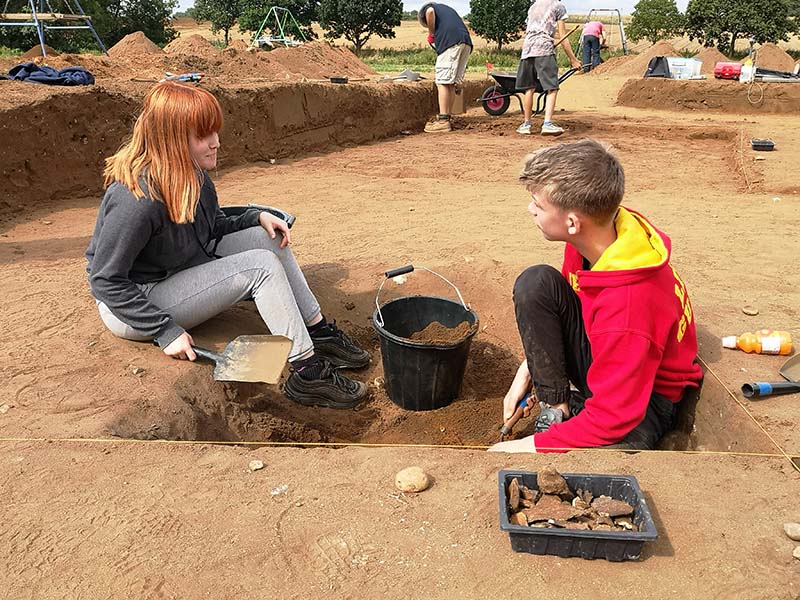 Image: Volunteers from Suffolk Family Carers excavating the cellar of an Anglo-Saxon hut

Summer 2021 saw the first season of archaeological excavation, as part of the Rendlesham Revealed community archaeology project. Archaeologists and volunteers uncovered evidence of settlement and community 1,400 years ago at the time of the earliest East Anglian kings.

The remains of buildings and pits were excavated over a wide area indicating an extensive settlement whose inhabitants were engaged in farming and craft working.

Evidence that helps build up a picture of everyday life over 1,400 ago includes:

Soil samples were also taken which will give evidence of crop farming and the local environment of the past.

Discoveries of other periods of history were also made:

The excavation was undertaken by local volunteers under the guidance of a small expert team co-ordinated by Suffolk County Council Archaeological Service and staff from the Suffolk Office of Cotswold Archaeology. More than 150 volunteers from the local community contributed to the summer’s fieldwork, including from Suffolk Family Carers, Suffolk Mind and the local Rendlesham and Eyke primary schools.

Not only is the project providing a better understanding of the significant role Suffolk played in the country’s history, but is working with local charities to improve the mental health and wellbeing of their clients.


This season’s fieldwork at Rendlesham is now over and the excavations have been backfilled. Work has begun on analysis of the finds with provisional results expected in Spring 2022. The next season of archaeological fieldwork will take place in Summer 2022 and local people will again be able to volunteer. This will be advertised in the Archaeology News in Suffolk e-newsletter nearer the time. 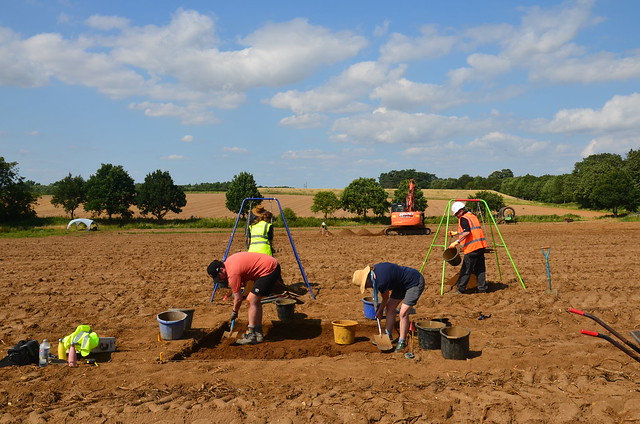 Discover more about the archaeological excavations at Rendlesham with our blog series, which shares the discoveries as we found them week by week and an online photo gallery.